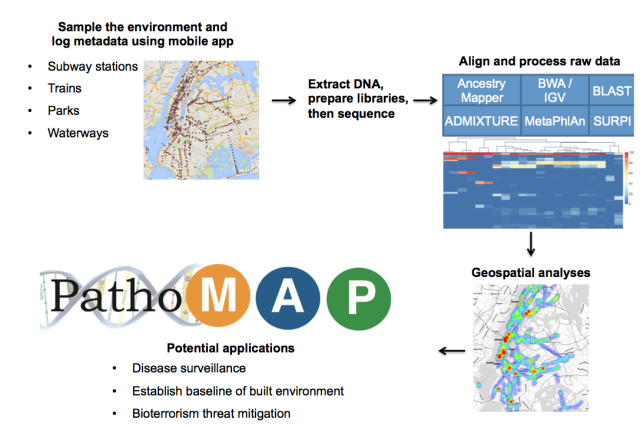 The idea for PathoMap began in 2010 when Dr. Christopher Mason, information pills the project’s principal investigator, there picked up his young daughter from daycare. She was playing with all the toys, putting them in her mouth, and then her friends would come and put the toys in their mouths. This launched Dr. Mason’s question, “What is on those toys, and the surfaces in this environment, and all the other environments, and how much is my daughter absorbing every day?” Thus, PathoMap was born.

The molecular profiling initiative launched in the summer of 2013 with the help of undergraduates from Cornell University and Macaulay Honors College. The study launched with two core objectives.

To read more about the preliminary results of the study check out our manuscript and supplementary materials here.